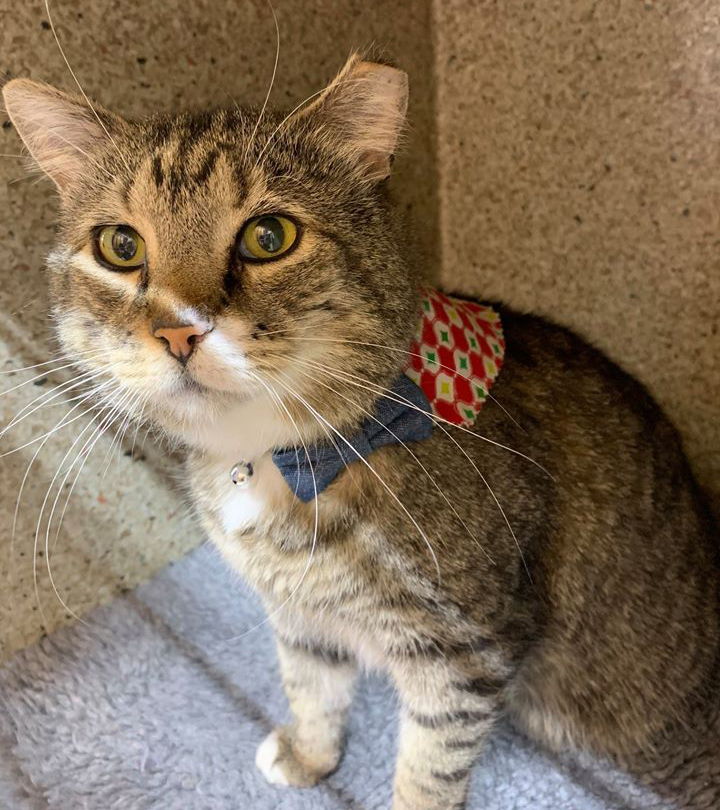 Trap: Humanely trap all the cats in a colony.

Neuter: Take the cats in their traps to a veterinarian or clinic to be spayed or neutered, vaccinated, and ear-tipped.

Return: After the cats have recovered from surgery, return them to their outdoor homes where they were trapped.

(TNR) is a humane management technique in which free-roaming stray/community cats are humanely trapped, desexed, identified (ear-tipped/micro-chipped) and then returned to their original habitat where their presence is approved and arrangements made or their ongoing care.

The aim of TNR is to manage populations of stray cats in a humane manner, leading to an eventual decrease in numbers, with T-TNR extending to communities.

There are numerous benefits for both the cat and the community. They TNR benefits are:

Why not just relocate or eliminate?

Catch and kill is cruel, inhumane, and creates a vacuum, as do attempts to “relocate” cats to other areas. Cats play a complex role in local ecosystems and cannot simply be removed from any environment without unwelcome consequences. The scientific phenomena—“compensatory predation”, the “mesopredator release effect”, and the “vacuum effect”— illustrate why removing cats is harmful to the entire habitat, and why Trap-Neuter-Return is truly the best approach.

The vacuum effect is a phenomenon scientifically recognized worldwide, across all types of animal species. Well-documented among biologists, the vacuum effect describes what happens when even a portion of an animal population is permanently removed from its home range. Sooner or later, the empty habitat attracts other members of the species from neighbouring areas, who move in to take advantage of the same resources that attracted the first group (such as shelter and food).

Killing or removing the original population does nothing to eliminate these resources; it only creates a “vacuum” that will inevitably draw in other animals living nearby. A habitat will support a population of a certain size. No matter how many animals are removed, if the resources remain, the population will eventually recover. Any cats remaining after a catch and kill effort will produce more kittens and at a higher survival rate, filling the habitat to capacity. As one study found, “populations greatly reduced by culling are likely to rebound quickly.” Over time, the number of cats in an area where a cat colony has been killed or relocated will simply recover and return to its original size. 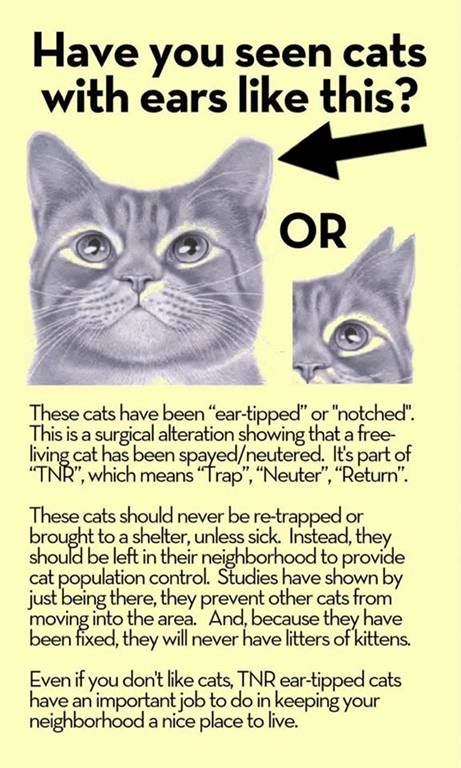 Ear tipping is an effective and universally accepted method to identify a spayed or neutered stray/community cat. It is the removal of the distal one-quarter of a cat’s left ear, which is a maximum of 1cm, in an adult and proportionally smaller in a kitten.

This procedure is performed under sterile conditions while the cat is already anesthetised for spay or neuter surgery. There is little or no bleeding, it is relatively painless to the cat, and the ear tip does not significantly alter the appearance or beauty of the cat.

Ear tipping is the preferred method to identify spayed or neutered stray/community cats, because it is difficult to get close to these cats, and therefore the identification must be visible from a distance. 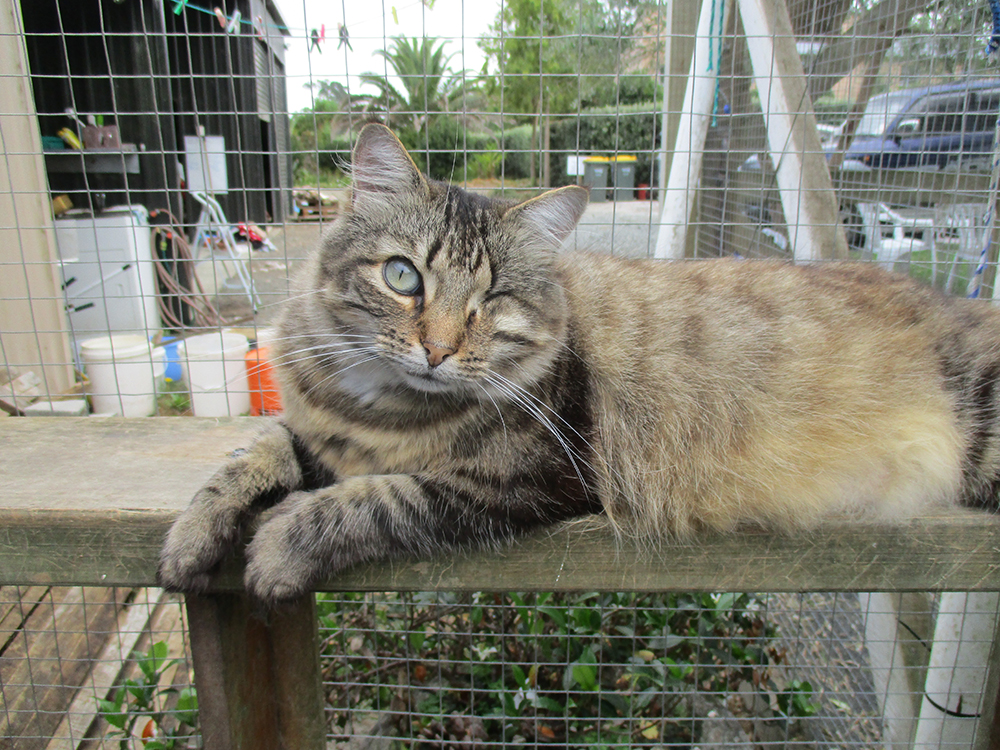